Before we step further, you should have some erudition about BIMSTEC. On 6 June 1997, a new sub-regional grouping was formed in Bangkok under the name BIMSTEC.

It is an international organisation of seven nations of South Asia and South East Asia, housing 1.5 billion people and having a combined gross domestic product of $3.5 trillion. 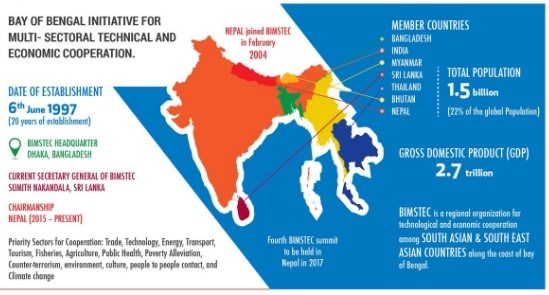 There are a lot of reasons for pushing BIMSTEC instead of SAARC, but the primary objective of India is our bosom friend, Pakistan, which promotes terrorism instead of tourism, exports donkeys, and even girls now for resurging their economy, and whose GDP is dud.

Indian Government has sent the following messages to the world by inviting BIMSTEC leaders.

2. Ostensibly, India has sent out a clear message to China that it would never be able to cordon off India by using its muscle power in its neighbouring countries. India will counter the string of pearls strategy of China and its target is clear. 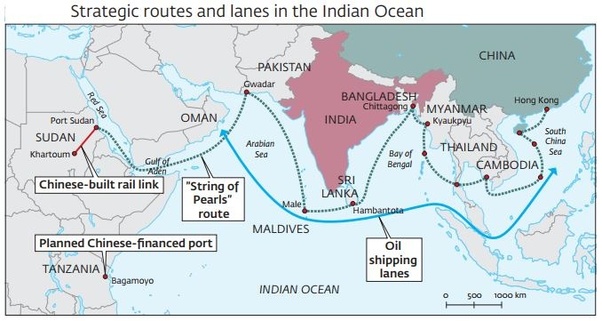 3. Even though India is an impending hegemon, but its priority is the development and prosperity of its neighbours. It wants to become a regional power rather than being a Global power, unlike America.

4. The most striking message is that India has shown its prowess by making it clear to Pakistan to change its anti-India policy, and curb the nourishment of the terrorism emanating from its land otherwise, it will be made inconspicuous to the world.

The 19th SAARC Summit was formerly scheduled to be held in Islamabad in November 2016, but India, Bangladesh, Bhutan, and Afganistan pull-out after the URI attack and it was put off indefinitely.

Pakistan needs this submit to be transpired at any cost as it is completely isolated today because of India’s policy and it had grovelled a lot in front of India, but India rejected it advertently.

Pakistan also hobnobbed with China to get it into SAARC anyhow between the rivalry of India and Pakistan, so that the influence of China could be permeated in South-Asia.

So, SAARC is dead now, and it is alive merely on papers.

For more information, watch the video

India invited BIMSTEC leaders in the oath ceremony. What India wants to do and what about Pakistan?